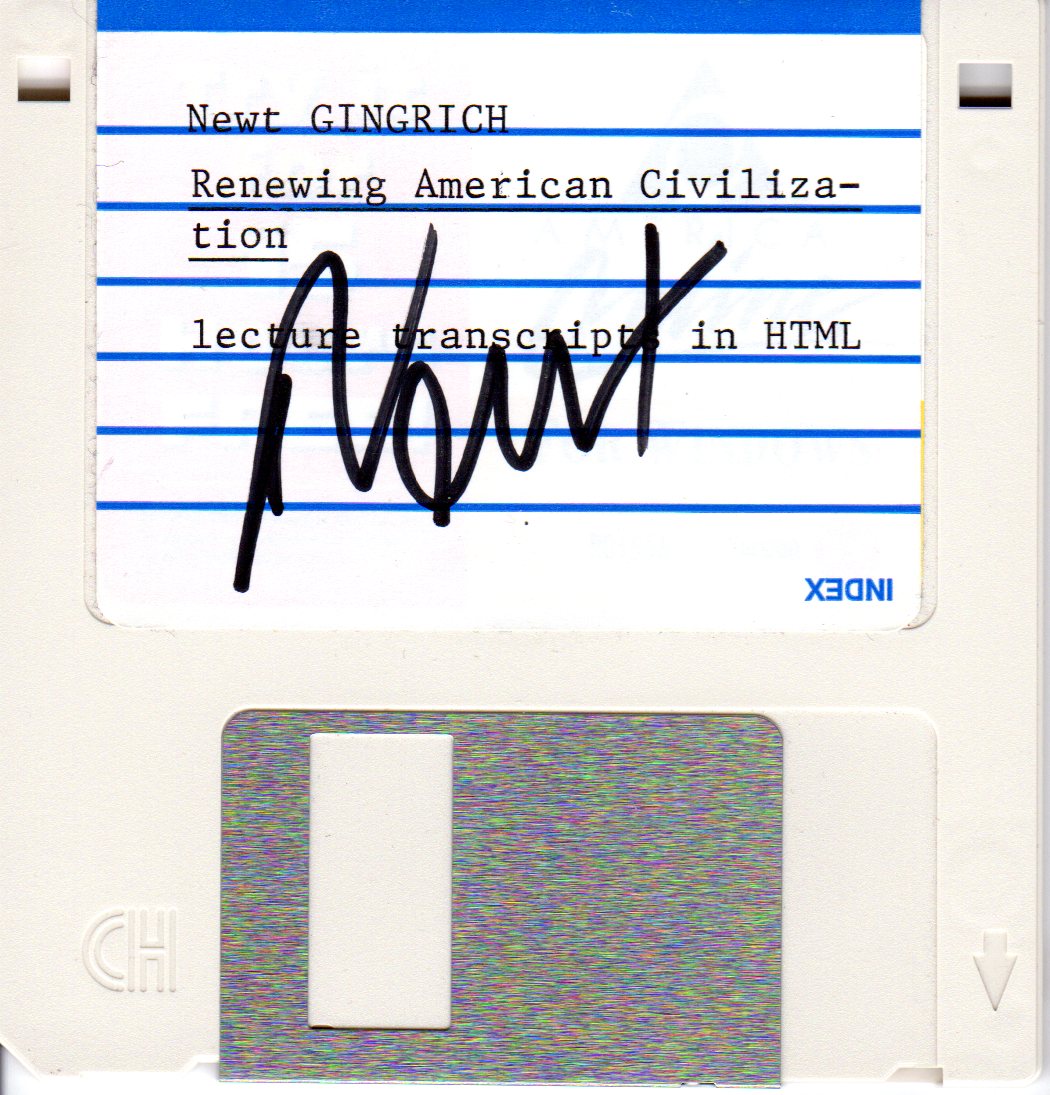 For 30 years, America has experienced declines in many of the most basic measures of cultural health, from out-of-wedlock births, to crime rates to voter turnout. These developments have coincided with the explosive growth of bureaucratic government ("the welfare state") and the emergence of a radical challenge to some of the most fundamental principles of American thought.

Since September 1993, a serious, substantive alternative to this approach has been offered on over 60 college campuses throughout America in the form of a college course: "Renewing American Civilization." Developed and taught by Congressman Newt Gingrich, who holds a Ph. D. in History from Tulane University, the course is dedicated to describing the underlying principles of American Civilization and applying those principles to the challenges facing America in the 1990s and the 21st Century -- including specifically the replacement of the welfare state with an "opportunity society."

In March, Mr. Gingrich completed his latest course at Reinhardt College, a small (900 students) liberal arts college just north of Atlanta. In addition, the course will be distributed by means of satellite broadcast and video tape for use on college campuses across the country. By mid-1995, the Foundation will have the class widely available on a for-credit basis on major college campuses nationally through Mind Extension University and have available a 90-minute video that gives the essence of the 20 hour course.

[HTML revised 2020-04-13 by Terrence Berres. These transcripts were originally posted online in connection with the broadcast lectures, and I downloaded them around that time. I have modified them only to correct and supplement the html coding and to remove obsolete links and details of broadcast times and stations. Speaker Gingrich was kind enough to autograph the disk pictured above, which contains these html files, at an appearance at the Pfister Hotel in Milwaukee on October 23, 1996.]